Clinical trials with GMOs: Some figures

In December 1999, the first death in a gene therapy clinical trial was reported in the press. The patient (Jesse Gelsinger) had died after being injected with an adenovirus vector during a clinical trial at Pennsylvania University (USA).

On this occasion, the SBB undertook an exhaustive analysis of the scientific literature and information publicly available on this case. The subsequent report was submitted to the ad interim Biosafety Advisory Council and to experts of the "Recombinant viral vectors, virosomes, recombinant vaccines, gene therapy" scientific committee. The objective was to assess, in the light of the "Gelsinger case", the regulatory procedure in place at that time in Belgium for gene therapy clinical trials, including the ways in which the various players involved interacted.

The ad interim Council, the SBB and the experts concluded that the "Gelsinger case" did not call into question gene therapy clinical trials and that there was no need to change the legislation to enhance patient safety but that it must be ensured that the existing rules were complied with.

=> SBB report on the Gelsinger case (PDF file): in Dutch, in English and in French.

=> Minutes of the meeting of the ad interim Biosafety Advisory Council (PDF file): in Dutch and in French.

In Belgium, the first clinical trial of a medicinal product containing a GMO was notified in 1996. It related to a gene therapy trial involving a recombinant Herpes simplex virus developed for treating cancers. Between 1996 and 2021, a total of 278 clinical trials have been notified, 94% of which concerned humans as the target organism. Overall, 54% of the trials were performed under the “contained use” procedure only, while 44% were done with both the “contained use” and the “deliberate release” procedures, and 3% only under “deliberate release” procedure. The mean number of sites per clinical trial is 2. 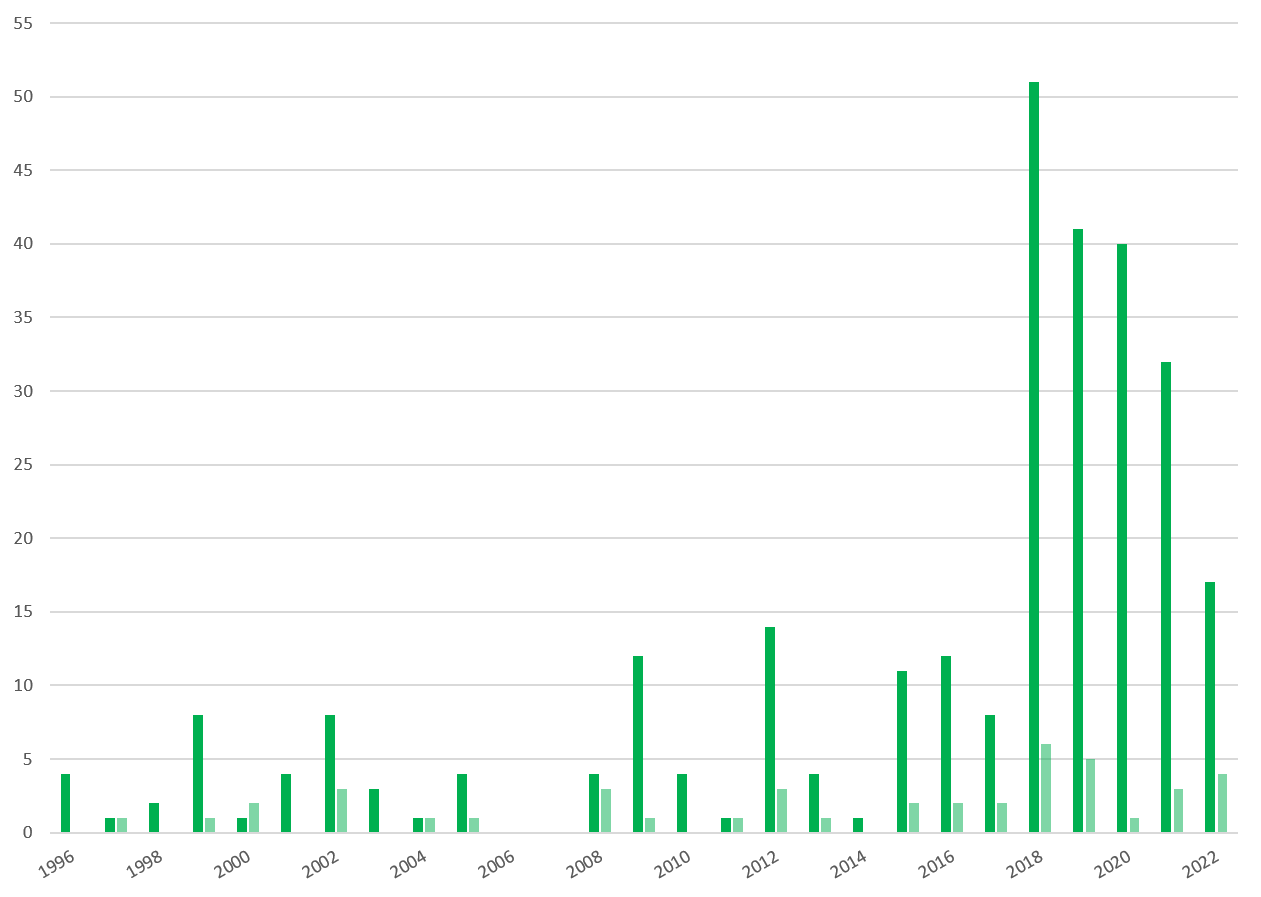 The GMO investigational medicinal product (IMP) is a recombinant viral vector in 65% of cases (primarily involving the recombinant adenovirus and vaccinia virus), while GM cells and other GMMs (like bacteria) account for 27% and 6% respectively. The vast majority of these trials relate to treatment of cancer (56%), followed by infectious diseases (29%) and gastrointestinal, cardiovascular, blood and genetic disorders. Immunotherapy is the most common therapeutic approach (47%), followed by prevention (29%) and gene therapy (18%). 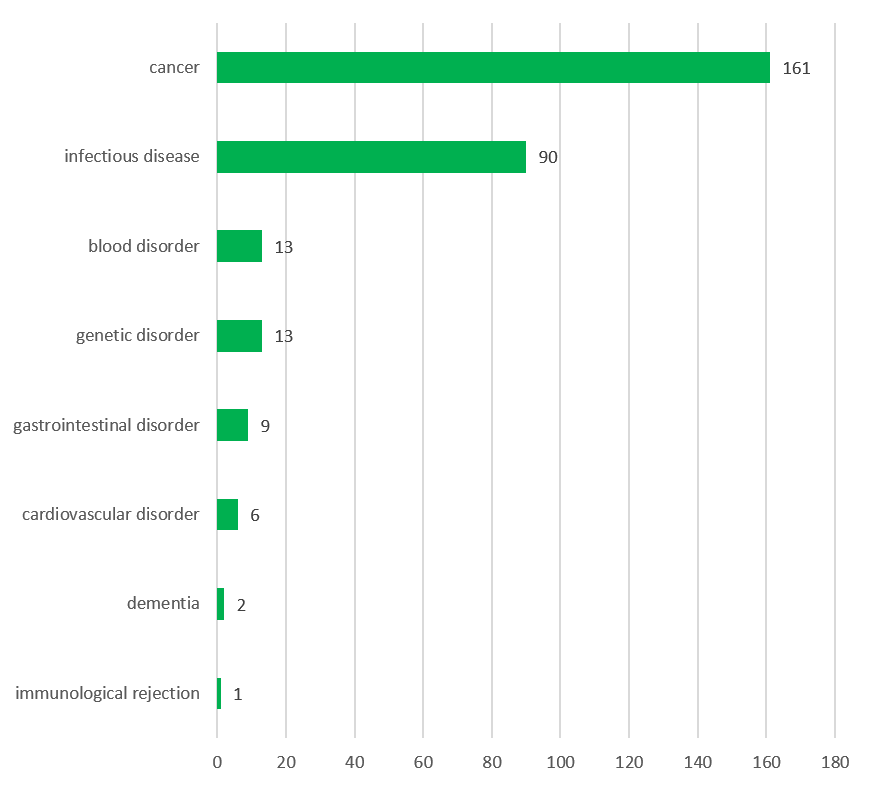 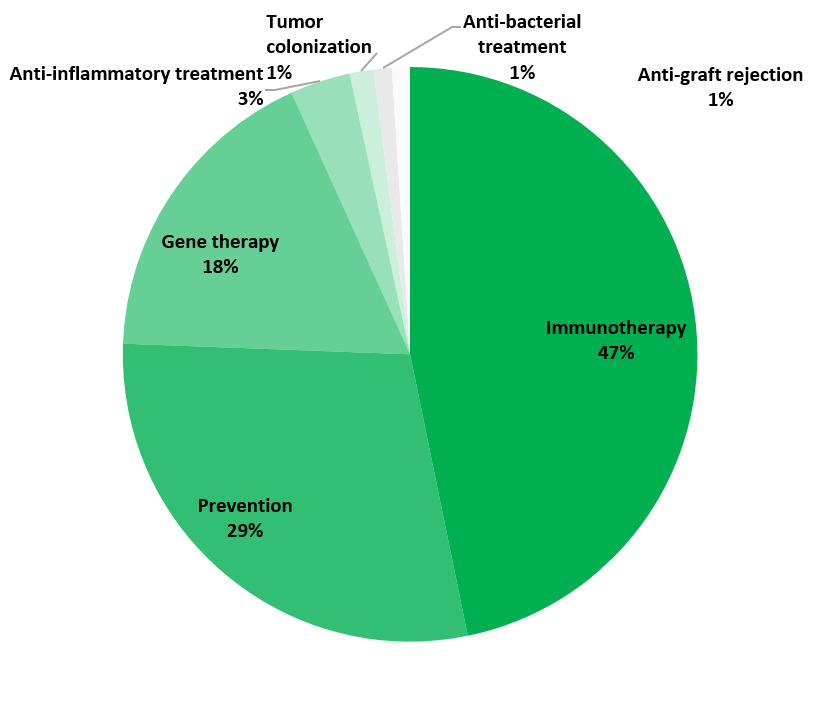